Sanjana Zaman is Managing Partner at Rene Bangladesh, a manufacturer and supplier of designer bags, wallets, stationary and other goods. In 2018, Rene Bangladesh grew its revenues by 45 percent, and expects 50 percent growth in 2019 following the success of some recent product designs. It supplies to Lakeshore Hotel and Apartments, Bishwo Rang, and other large-scale buyers in Bangladesh, and also has an online presence. Businesses like Zaman’s have sophisticated operations, a large workforce, and strong potential for growth.

Yet neither Rene Bangladesh nor Zaman are as well-known in the country as they should be. Stories highlighting women owning successful businesses are few in the Bangladeshi media. Both government and media in the country have a long history of supporting rural and micro-sized entrepreneurs. According to the Asian Development Bank, of the 7.8 million economic entities in Bangladesh, 88 percent are micro enterprises, many of which have been supported either by the government or by one of the country’s 2,000 development NGOs. The media too has tended to focus on enterprises aided either by government or NGO programs.

It is high time, however, that women business owners like Zaman got the recognition they deserve, more so since Bangladesh is changing. 2018 was the third consecutive year when Bangladesh’s GDP growth rate stood above seven percent. Last March, the UN Committee for Development Policy confirmed that Bangladesh had fulfilled every criterion required to move out of the Least-Developed Countries category. The government has also been enacting policies to diversify the economy’s export basket – at present heavily reliant on readymade garments – and to support innovative enterprises beyond micro entities.

Global research has shown that women-owned businesses are an underutilized resource for sustainable economic growth and job creation. Women are more likely to take a long-term view of their businesses, reinvest their business profits into their firms and carefully manage risks to scale sustainably. They are also more ambitious, according to research by Barclays, in which 47.4 percent of female entrepreneurs surveyed said they were extremely interested in growing their businesses over the next three years, while just 32.4 percent of their male counterparts were similarly keen.

Bangladeshi perception of women’s role in society and business, however, is very different, and this continues to limit women’s growth potential in the country. Bangladeshi corporations which buy from local suppliers also often feel the same way. Many of them see limited opportunities for women suppliers. Some do not even know such suppliers exist. In fact, as a recent non-representative survey of the World Bank Group facilitated by WEConnect International showed, there are successful women business owners in Bangladesh but that they struggle to compete in a business community that is still heavily male-dominated. The following survey findings were also presented as part of a high-level roundtable held last April.

A majority of corporations do not see women-owned businesses as viable suppliers. The survey showed that 55 percent of corporations in Bangladesh do not believe women-owned businesses can competitively provide them with the products and services that they procure locally. They may be willing to buy agricultural products from women, but not technology or marketing services. However, the business case for corporations to buy from women-owned businesses is strong. It would enable them to secure innovation, realize savings through increased supplier competition, build a supplier base that can anticipate the needs of a larger range customers, improve their brand awareness among local communities, and help them develop better relations with the government, which is increasingly demanding local content sourcing.

By 2028, women are projected to control nearly 75 percent of consumer discretionary spending worldwide. In Bangladesh, 19.2 percent of all firms have some female participation in ownership or have a female manager. To support the rise of women to positions of real decision making, we need to change the narrative of what it means to succeed in a dynamic and changing Bangladesh. This can be done through targeted capacity-building, business match-making programs, and public campaigns that feature homegrown Bangladeshi women business owners. Research shows that women often envision themselves as capable of owning and running a business if they see other women already doing so. As Bangladesh assumes its status as a middle-income economy, it is time to make people realize that women business owners are not restricted to small rural entrepreneurs. There are also women owners of fast-growing businesses, who are eager to build for connections and access resources to overcome the many challenges they face.

International Finance Corporation of the World Bank Group, under Bangladesh Investment Climate Fund (funded by Department for International Development) is implementing a technical advisory initiative “Strengthening Market Access for Women Businesses” that identifies opportunities and areas of alignment between large member buyers and Bangladeshi women-owned businesses in key sectors. It subsequently facilitates market linkages between the two groups. This will enable local and multinational corporations to procure goods and services from women while at the same time diversify their value chains. Under this initiative, ‘Corporate Connect’, a forum bringing together women businesses and corporations will be held on March 27th, 2019 in Dhaka.

The author of this article is Hosna Ferdous Sumi, Private Sector Specialist at the World Bank Group 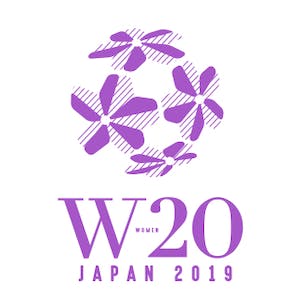