TOKYO, JAPAN, March 2019 — World leaders in women’s economic empowerment gathered in Tokyo in March to discuss actionable points that the world’s 20 largest economies can take up to level the playing field for women. Known as the W20, the organizers are the official engagement group that proposes policy recommendations related to women for the G20 economies. The most recent W20 meetings held in Tokyo were conducted concurrently with the World Assembly of Women (WAW), and the resulting Communique was shared with the leadership of the G20 ahead of their meetings in June, which will also be hosted by Japan. The W20 Communique included an emphasis on ensuring financial inclusion, promoting women’s entrepreneurship and accelerating access to investment and markets.

Nobel Peace Prize Laureate, Ms. Malala Yousafzai, provided the keynote in Tokyo, speaking about the importance of educating women and girls to the nearly 3,000 attendees. Delegates participated from all G20 economies, including Gabriela Micchetti, the Vice President of Argentina. 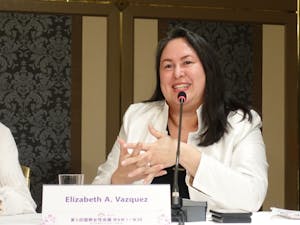 CEO & Co-founder of WEConnect International, Elizabeth A. Vazquez, also spoke at the W20. She joined a High-Level panel on the “Creation of New Market Value by Women Entrepreneurs” where she encouraged G20 countries to strengthen their support for women as business owners, innovators and job creators. Elizabeth is also a member of the UN Secretary General’s High-Level Panel on Women’s Economic Empowerment.

Several post-W20 meetings took place across Japan to continue the discussion on promoting and supporting the success of women in Japan.