São Paulo, BRAZIL, December 10, 2020 — In the traditionally male construction industry in Brazil, Danielle Matachana Thomé scarcely imagined that she would one day test the very foundation of those cultural norms. In fact, she became a living model of her father’s exhaustive work ethic and voracious drive to succeed.

Thomé joined her father’s construction business, Projex Engenharia Comércio e Construções Eireli, as a receptionist at the age of 15. As she matured and gained exposure to most sectors of the business, she admired her father because he worked hard–late at night and every day of the year.

When her father retired and she took over as proprietor in 2016, the “trouble” started. She met a wall of resistance as soon as she assumed the lead role. Clients hesitated to continue projects with her at the top. Employees told her she didn’t know what she was doing.

Even her father chimed in and didn’t want her to express her opinions-regardless of the illogic of managing a business without asserting one’s self. While she saw herself as the director of the company, they all saw her as a woman in a man’s role.

Unfortunately, Thomé misunderstood the real cause of so much push-back. She interpreted their defiant comments as evidence of her own stupidity. It didn’t occur to her that she was facing the entrenched chauvinism known as “machismo.” She took it all quite personally, and was humiliated and deeply wounded.

Nevertheless, Thomé forged on, revealing her mettle in the face of opposition. She replaced employees who couldn’t or wouldn’t accept a changing paradigm. She focused on gradually and persistently proving herself. Soon, clients saw better project results and changed their perception of her. She also started to win over her most important critic–her father. He began to admit he liked her work and admired her as a business leader.

Then, a fortunate turn of events cemented the business’s survival. Thomé received an inquiry from Projex’s biggest client at the time, Monsanto de Brasil. Monsanto asked if Projex qualified as a “diverse” company. She was thunderstruck.

“I never imagined that someone in the world looked at ‘women’ and that one day I would be valued and recognized … for what I have been devalued by and humiliated for throughout my life,” Thomé says.

Although surprised, Thomé quickly acquired the only women-owned business certification in Brazil–from WEConnect International — in 2016 and felt an immediate shift. She describes it as a rescue both for her business and for herself personally.

“When I talk about the benefits of certification, I lack words to describe the greatness and importance of this certification in my personal and professional life,” Thomé says. ”WEConnect connected me to the world, to the world of women who are going through the same problems and who most of the time are not aware why they go through that.”

Moreover, she appreciates the new business resulting from being able to pitch at WEConnect International events. In fact, supplying these new corporations offset a 25 percent revenue loss due to COVID-19.

This year, Thomé still faces the prejudice, but she can handle it. The machismo that undermined her confidence didn’t disappear, but now she shakes it off and makes her own way.

Oddly enough, although her father doesn’t question her anymore, he still says to her appreciatively, “You work like a man.” 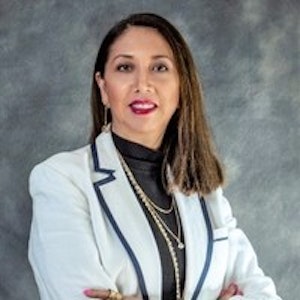 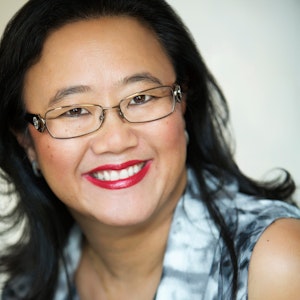