Melbourne, AUSTRALIA, December 16, 2020 — Renowned speaker, author and award-winning businesswoman, Christine Khor is an indomitable force. Her career has led from one great opportunity to the next, all of which she created herself and all of which she’s made successful.

Three main character traits combined to create this serial entrepreneur: an unshakeable optimism, a natural inclination for careful observation and a curiosity about human nature that never ends. She’s put this trifecta to use to build strong teams that share her visions and help make them realities.

Khor began her career in marketing, where she crafted successful campaigns for clients such as Kraft Foods (now Mondelez), Simplot Australia and Hallmark Cards. But during that time, Khor noticed how difficult it was to hire marketing professionals. Quickly, she recognized an opportunity was just waiting for her to act. So, with an unmatched bullishness and little to no knowledge of recruitment or running a small business, she partnered with a friend and started her first business, Market Partners, in 2000.

Fortunately, her instincts paid off. Market Partners survived the global financial crisis of 2008, merged with another company and went national. However, after a few years leading the large recruitment and coaching company, Khor felt something was amiss for her personally.

In 2012, she became a Hunger Project volunteer and escaped to Uganda to change her perspective. There, she had an epiphany. Meeting people who had so little and suffered for it, she realized that unlike them, she had choices.

She resurrected Market Partners, remaining true to its original purpose and her own passion for helping people reach their full potential. Twenty years on, and re-christened Chorus Executive, the company is thriving.

But it didn’t take long for Khor to question the status quo–again. She believed that everybody could benefit if they had access to the same support as executives. She knew that the cost for coaching led to its limited use–for leadership members only. But she knew she could reach more people if she filled that gap somehow. So, in 2018, still undaunted by lack of knowledge and with a patchwork of start-up funding from Chorus Executive profits, investors and a second mortgage on her home, she founded Peeplcoach.

Essentially, Peeplcoach offers a more democratic approach by using an on-demand platform that she devised. With that innovation, corporations saw that they could afford to offer coaching to all employees and the sign-ups began.

Quickly, Peeplcoach was recognized as a Top 50 Start-Up by APAC Business Magazine and as a top HR service provider of learning and development by Australia’s Human Resources Director Magazine in 2020.

Meanwhile, Khor met a woman who told her about a WEConnect International “Meet the Buyer” event. Seeing another great opportunity, Khor immediately applied for certification so she could attend the event too. Even though that event was postponed, Khor eventually presented Peeplcoach to Pfizer, and won their business. From there, she’s been slowly building market awareness and accelerating growth.

“Being part of WEConnect International has given me access to global corporations that I might not have been able to reach as an individual,” she says. “At events, you’re going straight to the decision-makers who already have the mindset to buy. It’s great.”

Throughout her career, Kohr has learned many things by watching people and trusting her instincts. And after all is said and done, she relies on what keeps her achieving goals:

Now, after the long economic downturn due to COVID-19, Khor believes corporations “will need for middle managers to be ‘on fire’ to help lead us out of the slump.” Improving processes, building strong teams, learning how to pivot and overcome fear of the unknown. And luckily, she’s in the business of helping them to be their best. 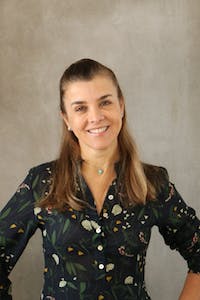 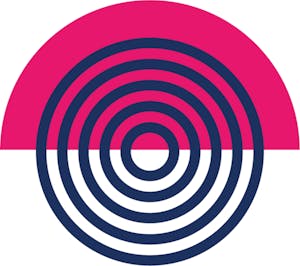