As an immigrant to Canada, Lola Adeyemi never thought her Nigerian heritage would be so critical. Not only did it inspire her enterprise, but it also served as the secret to winning in the tough grocery market.

Adeyemi came to Winnipeg to study in 2005 and to find better opportunities than those back home. But the move was an immediate financial struggle for her. Her family could only afford one year of tuition, so she hustled and worked two jobs to cover the price tag.

After graduation, she moved to Toronto and worked a decade in corporate IT. There, something amazing happened. At every office potluck, she brought Nigerian dishes to share her culture with colleagues. And each time, the staff fought over her contributions to the jammed tables. In fact, the office even awarded her with the title “Best in Potluck” to show their appreciation.

Yet, ironically, the busy professional had difficulty carving out time to create nutritious meals, like most working women. Nigerians serve soup frequently as a hearty meal, so she searched the grocery shelves for ready-to-eat soups that had the vibrancy of soup found at home. Although she hunted all over the city of nearly three million people, she came up empty-handed. Soon “fed up” with doctoring soup to make a more exciting meal, she began to dream of building her own soup company.

In November 2018, she founded It’s Souper, which offers authentic African-fusion flavors with a lively mix of colors and textures to “feed the soul.” It was an instant hit with grocery store managers, but despite persistent follow-ups, she never seemed to gain much traction, even with smaller, independent stores. But she kept applying and kept looking, while “almost” wanting to give up.

Fortunately, two decisions turned up the heat for the newborn business: First, she found a program to encourage local products at the century-old Sobeys, a $25.1 billion Canadian grocer. Second, her sister-in-law encouraged her to explore WEConnect International.

Lola started by attending the WEConnect Academy program “Financing Your Growing Business,” sponsored by Moody’s Corporation. The training helped her overcome a weak point for It’s Souper–accessing capital. Then, she found the support of other women entrepreneurs at conferences and other training sessions, which transformed her outlook. Sharing similar challenges and experiences with many women strengthened her belief in her decision to launch a business.

“There’s no better time than now to be in business as a woman,” she says. “The landscape is trying to create opportunities for women and minorities, so it’s ripe for us.”

“WEConnect makes the effort to make you feel like you’re part of something, personally part of a ‘we,’” Lola says.

Her advice for other businesswomen?

“You have to fend for yourself. Go out there and create your own opportunities,” she says. “Keep telling your story, because you never know who’s listening.”

Sage advice from a now dual citizen who didn’t take no for an answer-and has a story that shakes things up in the soup aisle.

Next year, her products will be sold in Sobeys and another major retailer throughout Canada. In addition, she won a $74,500 black-owned, small business grant from law firm Cassels Brock & Blackwell LLP based out of Toronto and Vancouver, and includes a commitment for an equivalent value of pro bono legal services for 2021. The funding will finance growth next year, which she hopes will bubble up to a boil. 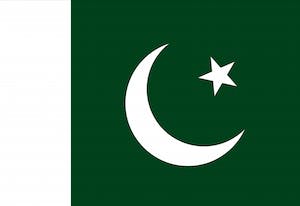 Looking Towards 2021 and the Growth of Women-Owned Businesses 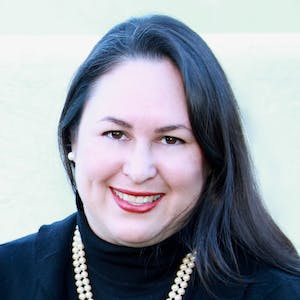