WASHINGTON, DC – Rashmi Shah’s family immigrated to the United States in the 1970’s from her native India. She went to the University of Illinois, married her husband, Sanjiv Shah, and then moved to Detroit.

When Sanjiv’s automotive supplier company declared bankruptcy, and he lost his job, they realized there was a gap in the market that they could fill. They founded their own company, AMBE Engineering, in 2000 to facilitate business between Detroit automakers and Mexican auto supplier manufacturers.

“US manufacturers had invested a lot in Mexico, but then they froze travel because of what was going on with the cartels,” she said. “That’s when we realized we could approach and support customers in Mexico that supported the US automotive industry.”

When Rashmi wanted to scale up her company, she decided to invest in her business with WEConnect International Certification to compete for global contracts with the organization’s major member buyers. Corporations want to do business with companies that are owned, managed and controlled by women, and turn to WEConnect International to certify these businesses are at least 51 percent owned, managed and operated by one or more women.

“Our mission is a world in which women have the same opportunity as men to design and implement business solutions that create wealth and ensure the sustainable prosperity of their communities,” said WEConnect International CEO and CO-Founder, Elizabeth A. Vazquez.

Women account for over $20 trillion in spending per year and are involved in over 80 percent of consumer purchasing decisions worldwide. However, globally women-owned businesses earn less than 1 percent of the money spent on vendors by large corporations and governments.

WEConnect International aims to move that needle upward. When the Fiat Chrysler Automotive Group planned to launch their new Fiat 500 and needed support with its Mexican suppliers in 2005, they came to AMBE, as a WEConnect International Certified Women-Owned Business, because they knew the Mexican automotive market and had major experience with Tier 1, Tier 2 and Original Equipment Manufacturers.

Two years ago, the WEConnect International Automotive Group was formed with members Adient and Ford. Mexico was the clear choice to tap into the significant automotive manufacturing market to grow gender sourcing.

Sherry Diccion is Adient’s senior manager of global supplier diversity. She is responsible for the company’s $1.5 billion diverse supplier portfolio worldwide. She also co-leads a business module with Toyota that facilitates conversations and networking events between business owners and corporate leaders.

Diccion says Adient is committed to women-owned businesses having opportunities to compete in the industry, which is why it supported WEConnect International’s “Empowering the Women of Mexico for Business and Profesional Growth and Development” project. Ambe has had a long history with Adient, Shah said, and has supported many product launches at Adient’s plants in Mexico.

“I am truly grateful for the opportunity to work with the WEConnect team, who took an idea, provided the resources and executed the plan to champion its first automotive in Mexico initiative,” said Diccion. “I also want to thank the companies and individuals who joined the journey to blaze new trails in Mexico.”

In addition to sharing the procurement sourcing needs from the group, WEConnect International conducted surveys to identify specific needs and locations where products and services were being sourced from Mexico.

Alma Angeles is AMBE’s project director based in Mexico City. She works with auto manufacturer customers in Mexico City and elsewhere providing services from audits to gap analysis to international certifications.

Angeles believes that women have made great strides in the Mexican automotive industry over the past few years.

“These times are different. I think that the industry and the participation for women is high and more open these days,” Angeles said. “We have more opportunity to be leaders in the process. We have the same opportunities as men.”

In June, Adient, Continental AG, Ford, Magna, Nippon Seiki and Yanfeng Automotive participated in a WEConnect International Meet the Member event, where more than 20 women-owned businesses pitched to member buyers who had identified a need for their services.

WEConnect International is now looking to expand by identifying other potential women-owned suppliers in Latin America, especially in Brazil.

“We women have to stand together,” Shah explains. “I would love to give my strength to other Women Business Enterprises. WEConnect International is a wonderful support system at a professional level.”

Twenty-five to thirty years ago, there were not as many women engineers as we have today, Shah said. But times have changed, and she actively recruits women from universities for her business.

“The world has changed — They have embraced us as women,” she said. “We have become independent women. We are not scared to say what we feel. A new generation of women have come up and been embraced. That’s why I work hard to support women, because they have so much potential.” 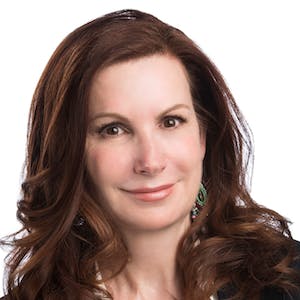