Senator John Boozman (R—AR), sponsor of the bill in the Senate, will attend the Gala to accept the award on behalf of the WEEE Act and its numerous champions.

“Providing women access to tools for economic success supports global prosperity. The WEEE Act will empower women to gain control of their financial future while simultaneously facilitating improvements in their homes and communities,” said Boozman. “I’m proud to be among those leading the effort in the Senate recognizing the importance of leveling the playing field for women around the world.”

The legislation, signed into law on January 10th of this year, highlights the critical barriers to growth that women-led enterprises face and makes possible U.S. Agency for International Development (USAID) programs and activities focused on women’s entrepreneurship and economic empowerment. The bill was authored by Representative Lois Frankel (D—FL) and former Representative Ed Royce (R—CA) and was later introduced in the Senate by Senators John Boozman and Ben Cardin (D-MD).

WEConnect International will also honor Mônica Schimenes of MCM Brand Group who is the recipient of the 2019 Certified Women’s Business Enterprise (WBE) of the Year Award. With more than 20 years of rich experience in marketing management, communications, and events, Monica and her team have earned a strong portfolio of clients and institutional relations. As an artist and tireless activist, Mônica also works within her community to create spaces of inclusion and fairness for women and other underrepresented communities.

“WEConnect helps us maintain one of our core values, which is the inclusion of diversity,” says Mônica. “I understand – personally – that this is one of the most important projects for entrepreneurs because, in addition to transforming society, we learn a lot and work better when we manage to give voice to diversity in business”

These awards follow an announcement in January that named Procter & Gamble (P&G) as the recipient of the WEConnect International Corporate Member of the Year and awarded the Gala’s Distinguished Champion Award to the Rt Hon Patricia Scotland QC, Baroness Scotland of Ashtal and Secretary General of the Commonwealth.

The 10th Anniversary Gala will take place on April 1st at the Marriott Wardman Park Hotel in Washington D.C. See our full list of awardees and presenters, event details and buy your tickets on the event website.

PROFILE: THE KANGA GROUP Gets a “Foot in the Door” at ACCENTURE IN AUSTRALIA AND NEW ZEALAND 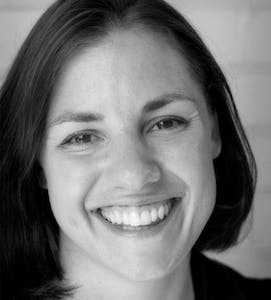