QUEBEC, Canada, December 10, 2020 – Straight out of university, Nathalie Gauthier methodically climbed rung after rung of the corporate ladder during a two-decade career at IBM. There she rose from an administrative coordinator role to overseeing all client relations, gaining honors and peer-recognized awards all the while. Gauthier’s latest move—from Business Development Manager to President and Managing Partner—is yet another example of an inner drive that accepts no failures and marches on to a brighter future she can always see on the horizon.

In her biggest leap to date, Nathalie Gauthier acquired the 25-year-old B2B marketing company, Vision Service Marketing (VSM), after just seven years as its business development manager. She made her move along with business partner Alain Bouchard in 2017, emboldened by the corporate leadership skills he had taught her. Partly altruistic and partly opportunistic, Gauthier plunged into entrepreneurship to further develop the company and to save loyal employees’ jobs, which hung in the balance if the owner had sold to another buyer.

“We could only move forward and have a successful company,” Gauthier says. “Defeat was not an option!”

A self-described challenge junkie, Gauthier immediately targeted broadening the company’s scope. She transformed the company to project a more strategic angle to the business. The company then became Vision Strategy Marketing with a corporate tagline: Let VSM Become an Extension of Your Sales Team! to reflect more of a service partnership mindset.

As VSM reinvented itself, Gauthier saw that becoming a women-owned business brought its own unique challenges.

VSM became certified by WEConnect International in May of 2019. She wanted to join in the movement to solve a major hurdle for women entrepreneurs – attracting clients. And certification allowed her  to help current clients with their diversity initiatives. She found one perk most beneficial of all – networking.

“I would say the  number one benefit is the possibilities to network with other women business owners,” Gauthier says. “Meeting others who are going through what I am experiencing and learning from women who have done it before helps me move ahead and get inspired!”

Aside from that personal boon, she  had business advantages in her sights as well.

“Another benefit is to be able to be on the radar of large corporations via the portals and get some visibility until one day they need our services,” she said.

She believes that visibility is critical to business expansion and advises other women business owners not to underestimate the power of marketing.

“It is not an expense. It is an investment,” Gauthier explains.

She tells female entrepreneurs to stay focused on the future and to believe in themselves, saying, “Be proud of your all accomplishments (big or small). I don’t think we do that enough.”

VSM supports customers across Canada and the US, offering services in English and French. In 2021, VSM will target Spanish-speaking firms as well. 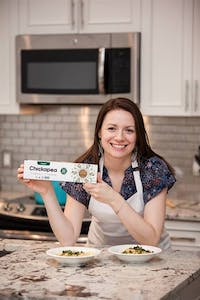 Doubling Sales while Giving Back

Canadian Women Business Owners Learn How to Scale Up 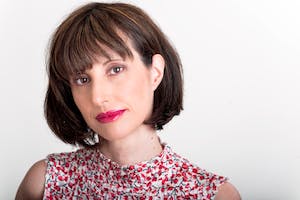