WASHINGTON, DC, MARCH 8, 2022—In honor of International Women’s Day, WEConnect International announced the results of its year-long #Rise2theChallenge campaign urging its member buyers—which include large corporations, multilaterals and government agencies that collectively source over $1 trillion worth of products and services annually—to publicly declare specific projects and goals for global procurement from women-owned businesses.

Ten of WEConnect International member organizations have collectively committed to source at least $22.4 billion in goods and services by 2025 from companies with diverse ownership, with a focus on women-owned firms.

Sanofi announced today their global commitment to double their woman-owned business spend by 2025 and to spend over 1.5B euros (US$1.7 billion) with small and diverse businesses by 2025. This will represent more than 20% of Sanofi’s addressable spend.

Representing some of the largest companies in the world, the member buyers—Diageo, Goldman Sachs, Intel, Johnson & Johnson, Kyndryl, Logitech, Moody’s, P&G, Sanofi and Unilever—each specifically noted the importance of buying from women-owned businesses to drive business growth, as well as the value of working with WEConnect International to identify suppliers that are verified women-owned businesses.

“We are thrilled that 10 of our member buyers have made a public commitment to increase their spend with women business owners around the world,” said Elizabeth A. Vazquez, CEO and Co-Founder of WEConnect International. “We recognize that these leaders have taken bold actions, and we look forward to working with them as they ramp up their buying from women suppliers with the goal of driving greater socio-economic equity in communities around the world.”

Each company was required to quantify its public commitment with some making the decision to include small and diverse businesses in their commitment:

WEConnect International research has documented that while one-third of all privately owned businesses in the world are owned by women, those same businesses earn less than one percent of large corporate and government spend with suppliers on average globally.

According to research on gender parity in business conducted by several organizations:

“Gender equality is more than a social issue; it’s an economic opportunity, and our members know women will be the dominant source of economic growth in the near future,” said Vazquez. “The collective $22.4 billion commitment helps make women a little more visible in the global value chain and will make a measurable difference for women-owned businesses and the communities they serve.”

WEConnect International is a member-led, global non-profit that brings motivated, large corporate, multilateral and government buyers together with qualified women-owned suppliers around the world. It works with over 150 multinational buying organizations, with over $1 trillion in annual purchasing power combined, that have committed to sourcing more products and services from women-owned businesses based in over 130 countries. WEConnect International identifies, educates, registers and certifies women’s business enterprises based outside of the U.S. that are at least 51% owned, managed and controlled by one or more women. WEConnect International provides certification in 50 countries that represent over 65 percent of the world’s population. 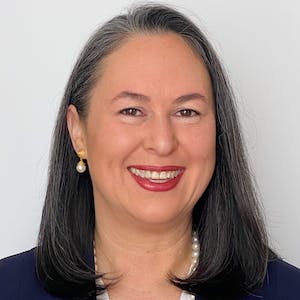 Going Beyond Borders: Breaking Down Barriers — By Elizabeth A. Vazquez 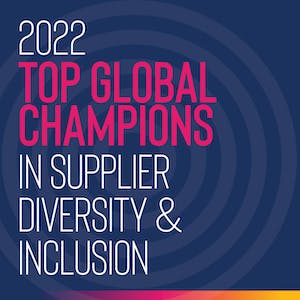