Growing up in Swaziland in the 1980s, Zandile Nzalo’s life was heavily influenced by music, and she believed that she would one day become a musician. Her dream did not come into fruition; however, her love for radio never waned.  She moved to Johannesburg and had the opportunity to host her own radio and television shows on the former Radio Bop and Bop TV. Her career took a major turn in 1997, with the establishment of Channel O, Africa’s first 24-hour music channel on DSTV, where she became the General Manager for the station for three years.

Following a successful tenure at Channel O, in 2002 Zandile founded her public relations agency, Zanenza Communications, which initially focused on PR and communications, and operated from her backyard cottage, before moving to an office park in Randburg. The addition of an events management division and, a few years later in 2014, a décor hire component, meant that Zanenza would have the opportunity to plan and execute major events for organizations such as the National Empowerment Fund (NEF), The Department of Human Settlements and PIC.

In 2009, Zandile’s passion for youth development led to the establishment of FindYoFayah (FYF), an NPO and Zanenza’s CSI initiative, aimed at empowering unemployed young people through training, entrepreneurial development and mentorship. Through its efforts and assistance from organisations such as the Vodacom Foundation, FYF has helped over 1,000 young people with skills training and funding to start their own businesses.

In what Zandile considers one of the company’s major milestones, in 2014 Zanenza joined forces with globally recognized audit firm, Pricewaterhouse Coopers (PwC) to oversee implementation of Tshepo 500 000 in Tshwane, an employment creation and entrepreneurship development programme aimed at training, skilling and mentoring young people.

In 2017, Zandile was nominated for the WEConnect International award for Fastest Growing Business. 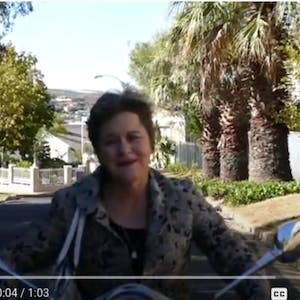