JUDY SUNASKY: FEARLESSLY POISED FOR WHAT COMES NEXT

MARCH 3, 2021, JOHANNESBURG — South African business owner Judy Sunasky believes that being ready for inevitable change can make all the difference in achieving success. And with a pandemic raging, she’s also recognized that a fear-based life doesn’t get you much either.

“It doesn’t open you up to what is out there,” she says.

Being receptive and open-minded brought her to an entry level position at her father’s chemical and cleaning products business, Blendwell, in 1991. With a career limited to marketing, she plunged into the deep end, learning the male-dominated market, the customers and manufacturing all at once. 15 years later, she bought the business, shaking up the status quo using her hard-earned industry knowledge.

“Once it became mine, we launched different ways to sell, added new product lines and undertook an entire review of management practices,” Sunasky says.

Not only did she overhaul systems, but she inaugurated a line of green cleaning products too, securing a spot at the cutting edge of the industry. Yet, at the helm of Blendwell, she now faced a new knowledge gap that she quickly sought to fill. She took courses in” financials for non-finance managers” and a comprehensive business management curriculum. She joined the Institute of Directors to expand her network, seeking people with expertise who knew where to learn more. Through these connections, she discovered WEConnect International’s conferences, where she immediately saw value.

Just hearing what the “incredible” women business leaders shared, she had yet another epiphany. “You realize what the possibilities are even for a small family business and how much further you can go and grow.”

One of her first lessons from WEConnect International was how to pitch her business to large corporations.

“I was very nervous,” Sunasky says. “I was a bundle of shaking nerves and sweating profusely, but I realized this is what I have to do to go to the next level.”

After pitching to Johnson & Johnson, she earned more than two years of their business, with more on the horizon. And after much practicing, she not only overcame her fear of public speaking, but has appeared on TV and radio programs during the first months of COVID-19.

“I was the expert on high-grade cleaning products,” she marvels. “And if I hadn’t gone in front of those first corporations, I wouldn’t have had the confidence to do that. I was prepared, but I wouldn’t have been without WEConnect [International].”

And while the going was never rosy–particularly when Blendwell was forced to cut back by a third and consolidate–the company found its feet and was more than equipped to respond to the world crisis.

“Being ready and in the right position at the right time doesn’t just happen,” Sunasky says. “We put out blood sweat and tears for 18 difficult months.”

After increasing business five times over so far, this last year has taught her about another new business strategy called “co-opetition.” Instead of competing, co-opetition involves working together to achieve an end result.

“By meeting so many wonderful, exciting people through WEConnect [International],” she says, “I’ve realized that when women support women, amazing things happen.”

With the confidence wrought from overcoming a fear of unfamiliarity, Sunasky’s poised to continue collaborating to achieve still more new things that are yet to be revealed. 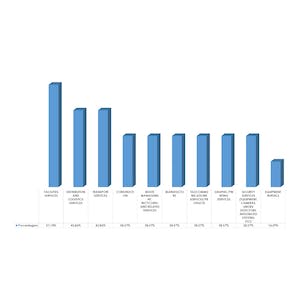 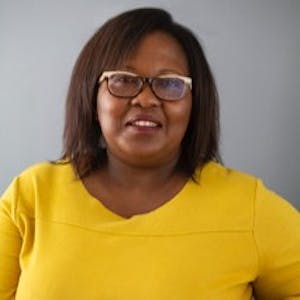