A new initiative has been launched to give women-owned businesses easier access to gaining contracts with multinational companies. Corporate members that are already signed up include Microsoft, Accenture, Hewlett Packard and Merrill Lynch.

WEConnect (Women in Enterprise Connecting to Contracts) is modelled on the successful US initiative WBENC (Women’s Business Enterprise National Council) and has been incubated by women’s network, Prowess, in the UK. The scheme will put certified businesswomen in touch with key procurement contacts in multinational companies.

“Corporates have now realised that diversity is the bottom line and that this is an opportunity to drive growth,” says Erika Watson, Executive Director of Prowess, who attended study trips to the US for several years, to see if WBENC could work in the UK. “The corporate and the public sector are missing out on a lot of skill, creativity and innovation,” she says.

Although 16 per cent of UK businesses are women owned, only three to five per cent of corporate and public sector contracts go to women business enterprises (WEBs).

“Supplier diversity is an important part of inclusion and diversity in any business,” says Rob Woodstock of Accenture. “We want to try to be proactive in this and try to catalyse change in this area.”

Elizabeth Vazquez from US-based Quantum Leaps, a not-for-profit organisation that works to promote women in business globally, has partnered with WBENC on the development of its global strategy, which will also include similar schemes in China and India. She says supplier diversity has been a big issue in the US for several years. “Multinationals don’t get involved with this out of charity; they do it because they know it is good business,” she says. In fact, according to Watson, the push for WEConnect has come from the multinationals. “They have diversity targets. Now that we realise the importance of diversity within our organisations, we have started looking outside,” she says.

In order to become a member and benefit from WEConnect’s services, female business owners must undergo a thorough process of certification, including an on-site visit. The main requirement for a business, applying for certification is that a woman is the majority owner (at least 51 per cent ownership). Once certification has been granted, it lasts for three years.

Sue Lawton, Director of Development of WEConnect and one of the driving forces behind the initiative says: “While you must still be competitive in price, quality and delivery, WBE certification will differentiate your business and ensure access to contract bidding opportunities that until now have been difficult to identify.”

The members vary in size. In the US, for example, the largest member has a $30bn annual revenue while the smallest turns over just a few thousand. Most companies are already well-established and looking to grow.

Suzanne-Doyle Morris, of Doyle Morris Coaching and Development, is among the first batch of WEBs to sign up to the scheme. “I am looking forward to meeting procurement executives from large companies who are happy to deal with smaller businesses. It has pushed me to think bigger than I would have otherwise,” she says.

The website serves as a search forum for corporations and businesses alike. “This is not just about community relations,” says Linda Denny, CEO of WBENC. “It is a bottom-line marketing tool.”

Joe Hill, Executive Vice President of Supplier Relations Relationship Development for Bank of America, another corporate member, says diversity is one of the aims, but “economic development” and benefits “to the local community,” are the most important. “The women businesses may not otherwise have easy access to these big corporations and even if they don’t get the contracts they put in for, they learn from the experience,” he says.

WEConnect aims to acquire 1,000 women business owners over the next two years and that the public sector will join multinationals as corporate members.

“We hope that the corporate sector can be an example to the public sector,” says Watson. 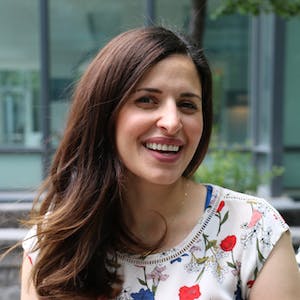 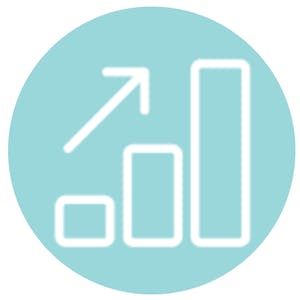